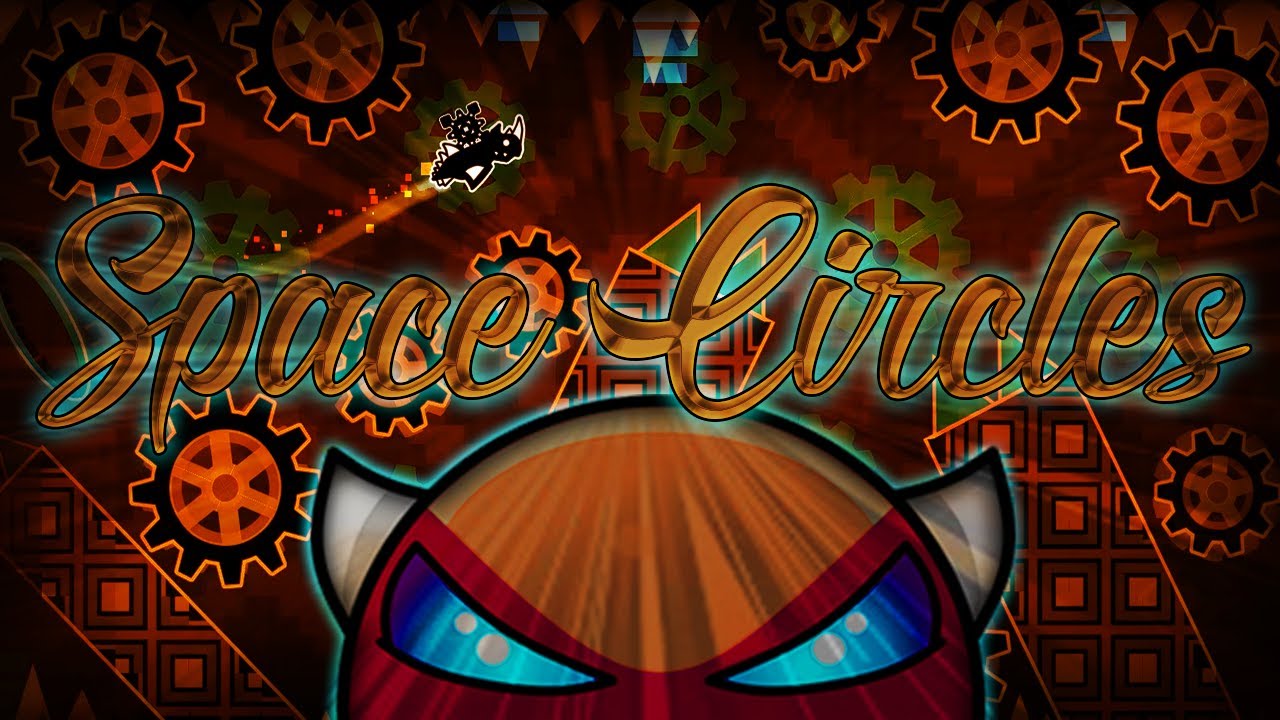 Geometry Dash Space Circles is an Easy Demon level rated 3 user coins and 10 stars created by Suomi. It is a Nine Circles level, as the name implies. The level is decorated in a brown/orange color pattern with sky blue accents. This level was constructed during Update 1.9, however it was subsequently updated to 2.0, converting the traditional 1.8 slopes to the 2.0 slopes used in Nine Circles XII. This level is categorized as a very Easy Demon.

The level begins with a cube part with some fakes and troll rings, followed by a rather unpleasant ship with gravity portals that requires straight flight. Then a spherical section with troll rings comes, although it is rather simple. The music then swells up and the wave begins. This route is rather simple since, like Problematic, it has vast areas, simple timings, and few mashing portions. Suomi eliminated all of the spikes with the 2.0 version, making the level more relaxing. The wave is split into two halves by a short ball with a single hop. The level concludes with a short half-speed ship scene with Suomi's name and an offer to subscribe to his YouTube channel.