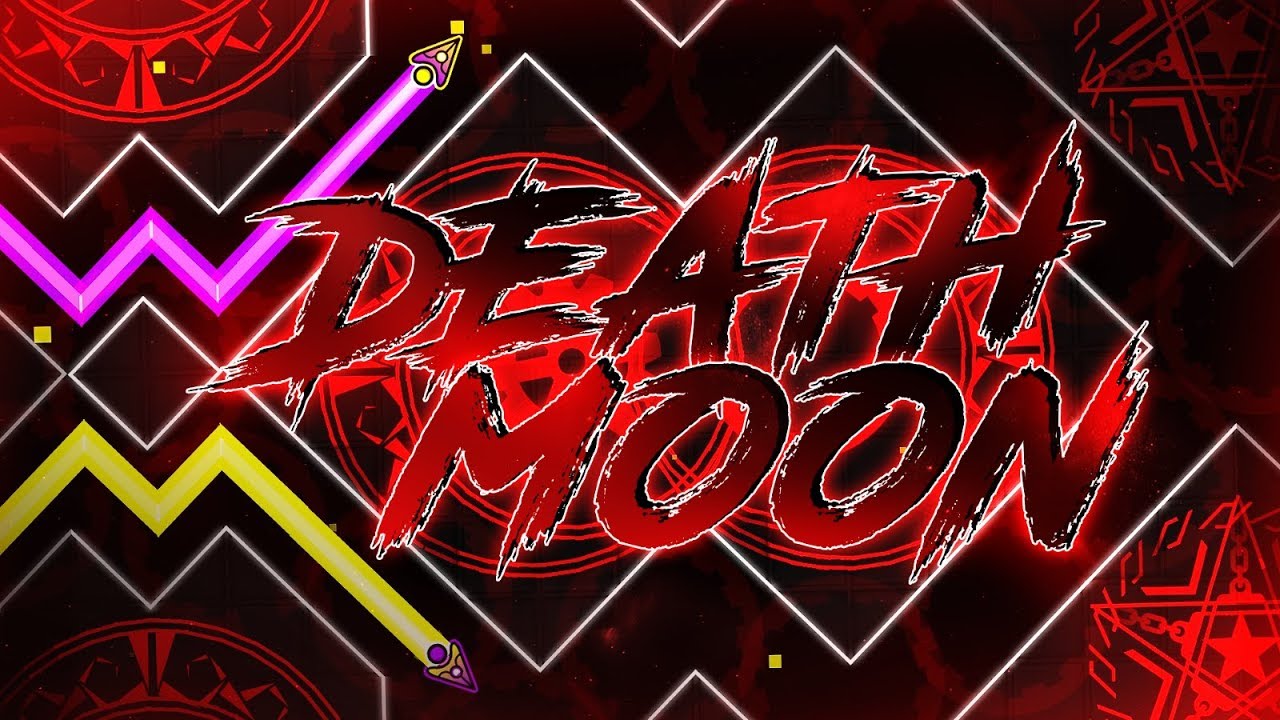 Geometry Dash Death Moon is an Easy Demon level rated 10 stars developed by Caustic, FunnyGame's emergency user account. It is the eighth most loved Demon in the game and one of the most renowned levels in Geometry Dash, getting praise for its exquisite graphics, soundtrack, gameplay, and unique effects. Terron designed a spiritual sequel, Reanimation, which was launched in 2.0.

The level begins with a simple cube part with speed variations alternating between triple and half speed. The soundtrack in this section has a tight air to it, making the level seem aggressive. The cube then reverses its trajectory through a mirror portal and enters autopilot mode. The player next enters a fairly difficult ship sequence with relatively tight areas, which might be difficult for newcomers. Later in the game, the ship component switches into a simpler tiny ship segment with red flashing blocks and phony blocks in the backdrop.

The small cube section that follows includes some light memorization and techniques, but it is still quite simple. The small cube then transforms into a dual cube portion that must be memorized. Following that is a rather straightforward wave section, however the flashing blocks and spikes may confuse the player. This is followed by two severe mini-wave parts separated by a standard wave segment. The player then enters a nearly-automatic mini cube portion, which leads to the song's pre-drop, when the player changes to a ship and ball segment, respectively. The song's chorus begins on the triple speed UFO portion, which is fairly tough due to its relatively tight areas. The size of the UFO is also altered once.

Then there's a somewhat difficult triple speed wave section that can be conquered with enough practice. The music then calms down, and the player is presented with two standard speed cube sections and two ball parts with reasonably simple timings. It is followed by a small cube portion that takes just one lengthy click and a UFO segment with reasonably simple timings. The player then goes auto and transitions into an auto ship, where the song's second pre-drop begins. As the pre-drop advances, the player enters a relatively challenging half-speed dual wave section, which is followed by a standard wave.

The player then enters a somewhat difficult 3X speed ship section, which transitions into a 3X speed wave segment with quickly altering artwork in the backdrop. Following the wave, the player enters an auto ship segment before flying across an easy two-block region with no spikes below or above. Finally, the level concludes with the level's name in Chinese characters and knobbelboy's Demon head.