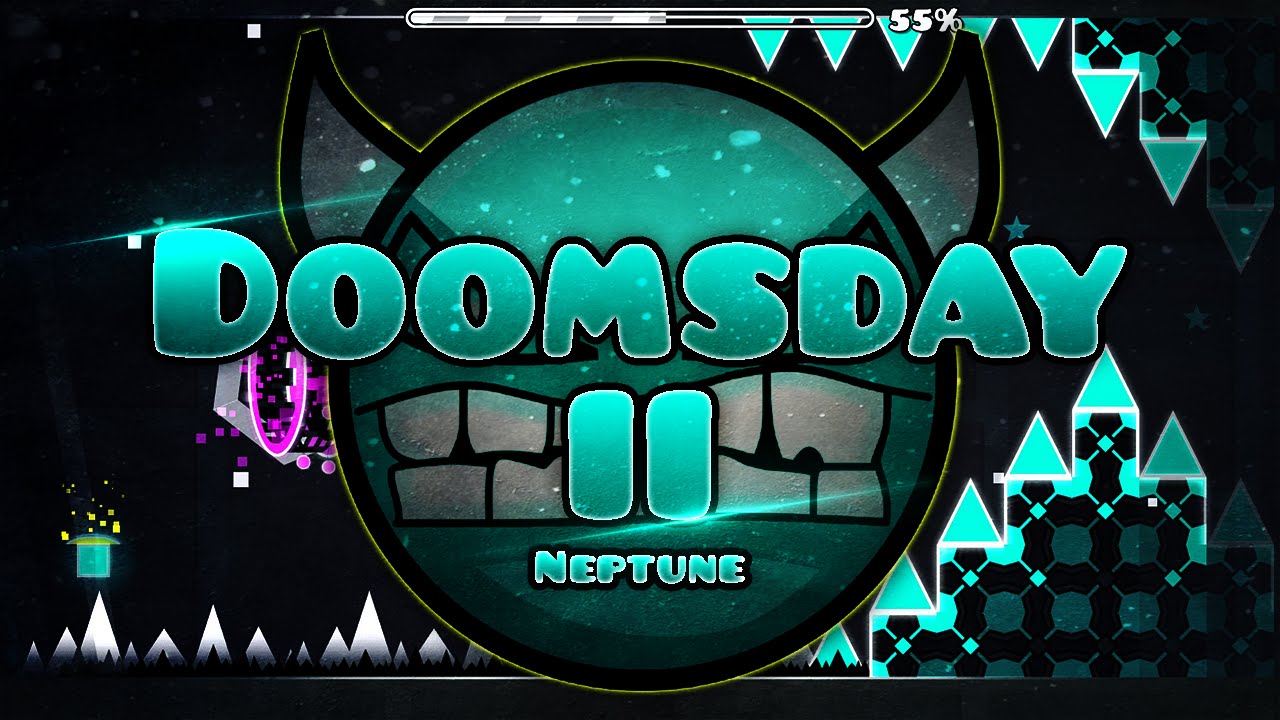 You will start the level with a challenging UFO segment. To avoid hitting the spikes, you must be precise in your timing. Then, when there are two more hanging spikes, jump above them. The last spike will disappear. Once you have reached a ship section you will be able to straight fly and then press an orb. After that you will need to again fly through the narrow gap between spikes. The next section is a mini-cube, which can be confusing but not difficult. Next, squeeze through the narrow spaces of a mini-wave section. The UFO section is next. You will need to press pink jump orbs between spikes. The cube section is then followed by jitter clicking.

Then follows a short wave section and then a mirror portal. The ship section follows. This section has one timing and a yellow orb. The screen is again reversed but it returns to normal. The screen is then followed by a short UFO segment in which you will need to do one timing. There is also a section for ships. You will need to navigate through similar structures to the Crack part in Bloodbath. This requires a critical timing. The ball section begins after this. You will adjust your speed after each platform change. This is similar to the first ball in Cataclysm. Next, you will find a short section about ships. The ball section allows you to switch from platform to platform. The segment is then followed by a short wave segment.

The double-speed cube section is completed. Its design resembles that of Evasium’s part in Bloodbath. Be careful, there are fake blocks and invisible spikes. The cube is then placed in a ball section and finally into a ship. This part is too simple for such complexity. Next, a wave section starts with some jitter clicking. You will then be taken to a cube section, where you must press a jump button. The next section is a ship section that has a straight fly followed by a cube section that has a long jitter click.

You will then turn into a cube, and jump on blocks after the jitter click section. There are many transitions in this game, including a frequently changing game mode onto a moving platform. In a ball section you need to change gravity in time to avoid hitting spikes. Then, fly straight as a ship by flying through the narrow gap between spikes. Next, jump over a spike from a robot section and not crash into it. You will then be able to turn back into a cube and jump on blocks.

The sequence starts with a long ship sequence, in which you must fly through spikes. The UFO section is also quite long and has many timings. The wave segment is similar to DeCode. You will then become a ship and must fly through a tunnel with spikes. After a brief moment, you will become a cube and then a wave section. The level ends with a simple sequence of ships, in which you can see the nickname of the author.