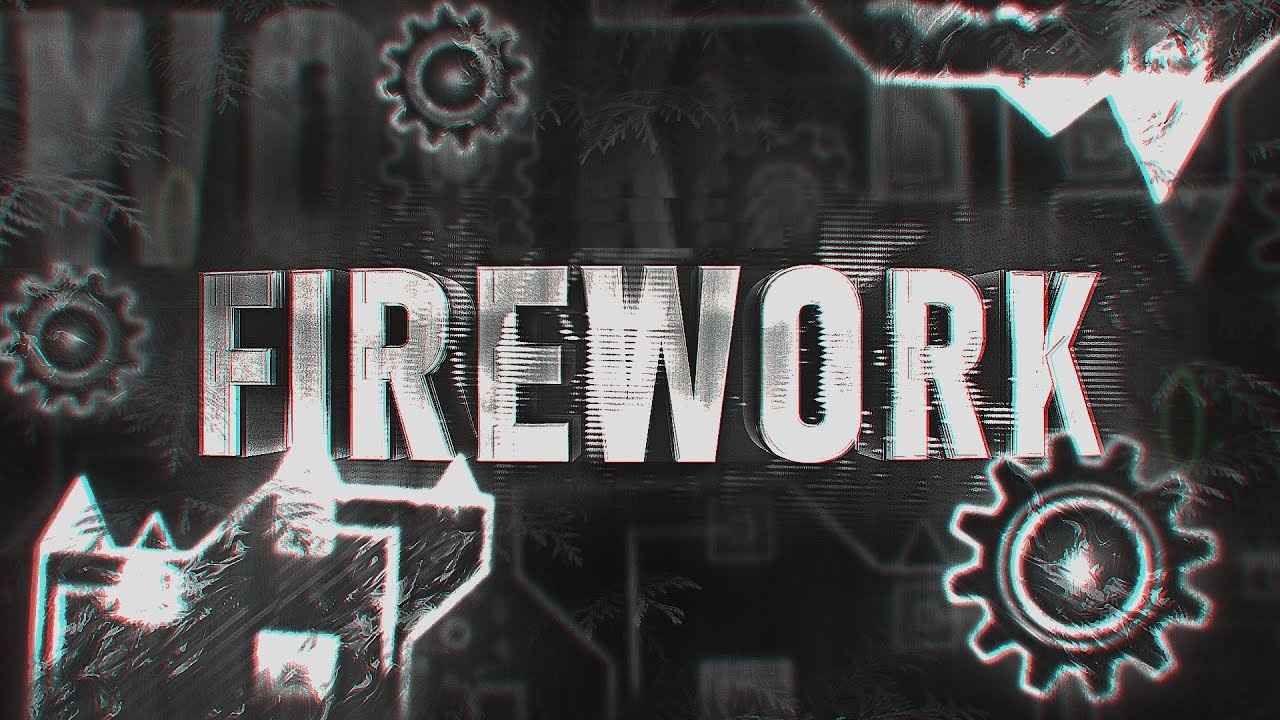 Geometry Dash Firework is an Extreme Demon mega-collaboration Level rated 10 stars sponsored by Vernam, produced by the Cherry Team, and validated and released by Trick on October 29, 2021, after 234,000 tries. It was rated on the same day as Slaughterhouse and arcturus were also rated. The level's color design is monochromatic, which many find amusing given that fireworks are often considered as vibrant and colorful.

On April 7, 2019, Vernam, the leader of Cherry Team at the moment, published a video on YouTube titled "Firework is practically impossible in present state (Bad noclip and Broken sync)". Vernam claimed that the level will be decorated by members of the Cherry Team as the team's newest initiative. The decorators went to work right away, and two months after the plan was released, a few pieces were completed: Lilium's first part, Konsi's part, Grayrain's part, and Desumari's two parts. Dolphy, the level's verifier at the time, chose to release the first Firework preview on his channel, which included all of the previously described parts.

The verification process started after Firework was completed. Dolphy started verification slowly since he needed to focus on his other verification project, Zynvire's Silent Circles. Recognizing this, Vernam entrusted Firework to Crazen, who, like Dolphy, made very little progress on the level. Vernam decided to hack-verify the level and publish it to the servers as a free verification after realizing that a regular verification without any nerfs would be incredibly tough to figure out.