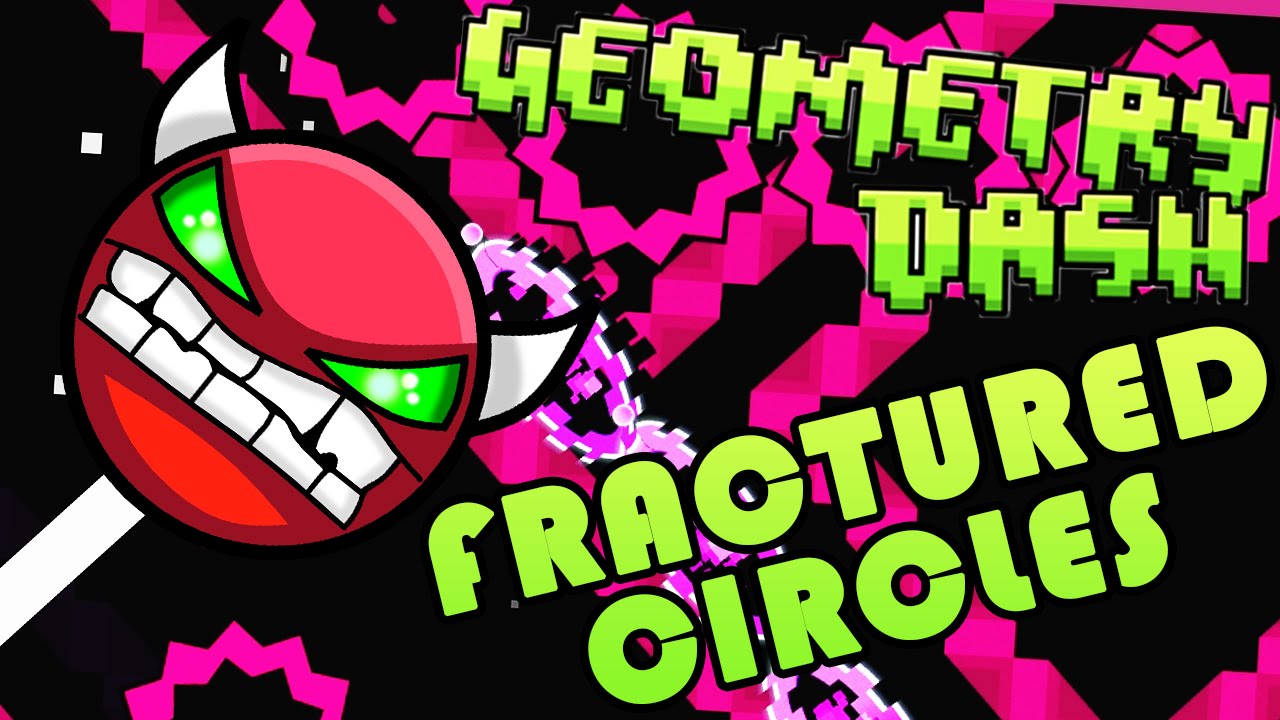 Geometry Dash Fractured Circles  is a Medium Demon level rated 10 stars created by Artimiel. It is, as the name indicates, a replica of Nine Circles with a strawberry-pink color scheme. This level has a colorful opening with a lot of decorations and a wave with a color scheme similar to Figures, but more brighter and closer to pink than Figures' magenta scheme. It has a lot of trick orbs, phony lines, gravity portals, and demands strong mashing abilities, although it is considerably easier than Nine Circles. It was made in early summer of 2015. The level is classified as an Easy-Medium Demon and is considered one of the simpler Nine Circles levels.