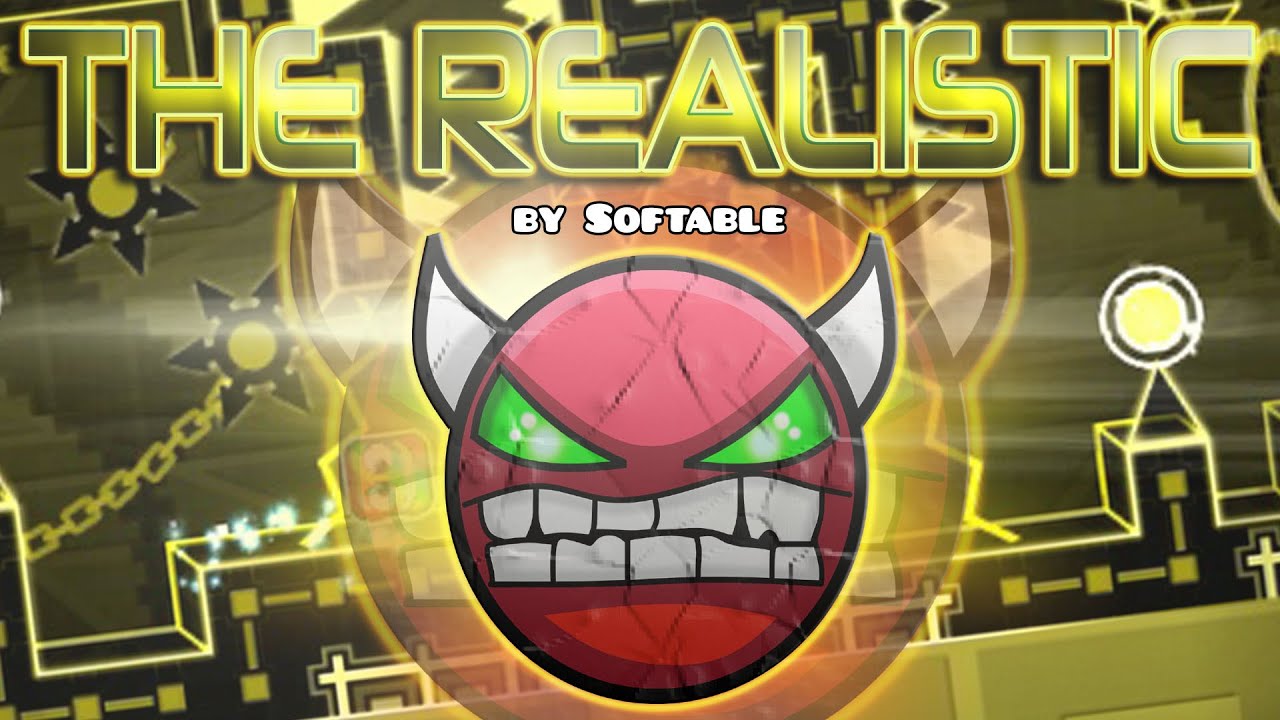 Geometry Dash The Realistic designed by Softable is a Medium Demon Level rated 10 stars. It is a challenging remake of Nine Circles, which is recognized not just for the inclusion of the elliptical cube part, but also for its wave segment, which involves a massive quantity of ridiculously narrow places and requires very strong mashing and timing abilities. It is also notorious for being highly problematic, particularly in the second half-speed auto cube phase, which led Riot to crash many times.

This level, along with Butterfly Effect, are the only ones in the Nine Circles series that use spearhead saw-blades instead of gears.

Unlike before this level, when just Nine Circles, Beautiful Eyes, and Fairydust were released, the Nine Circles trend became more popular after this level, with several featured remakes appearing in a short period of time.

This level and Down Bass have the same ending (both levels conclude with a UFO part with the creator's name, following a tunnel of anti-gravity mirror portals).

This is the first and only Demon-rated Nine Circles level that features the song 211 by Rukkus.