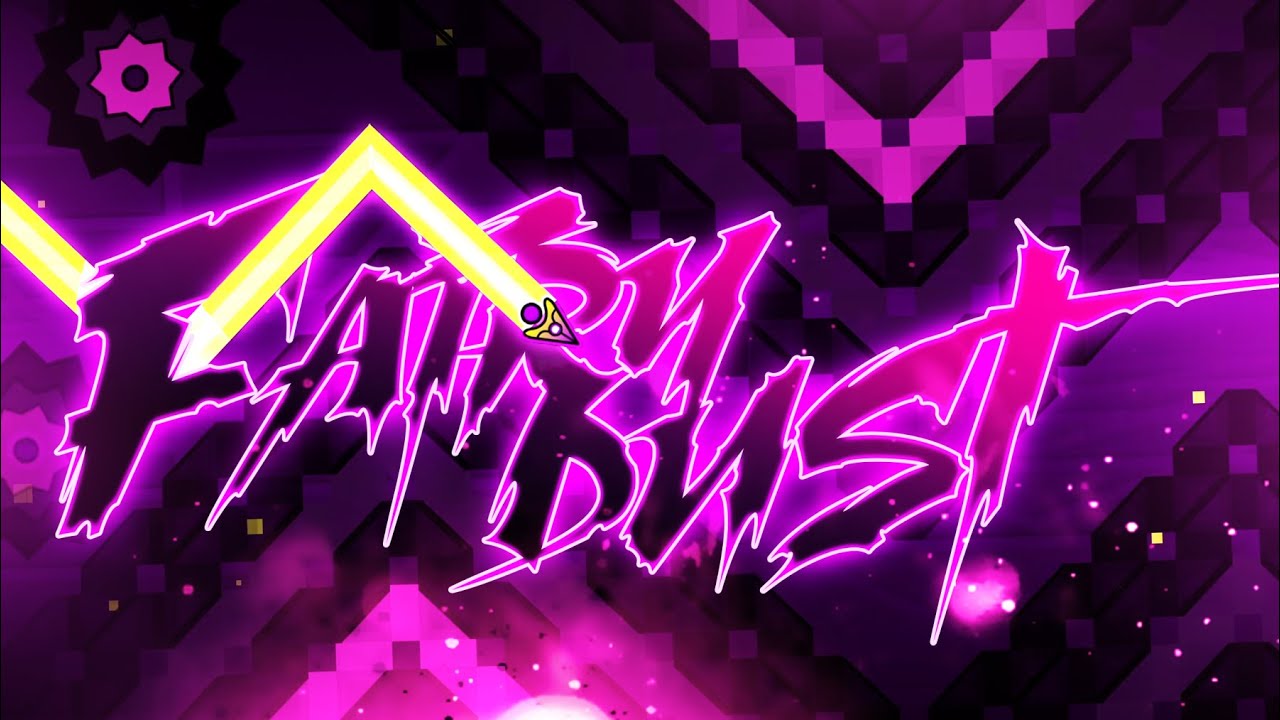 Geometry Dash Fairydust is a Hard Demon rated 10 stars was produced, validated, and released by mkComic. It is a remake of Nine Circles and was formerly regarded one of the most difficult Nine Circles levels. Furthermore, this level greatly improves one's wave abilities.

When Nine Circles became popular owing to its epileptic impact, mkComic decided to create a new level based on another NIGHTkilla song: Fairydust. He chose a purple color scheme and began construction. He validated and released the level on February 27, 2015.

The level quickly received a Demon rating. It was originally classed as an Insane Demon when different Demon difficulties were added in Update 2.1, but was subsequently modified to its current Hard Demon classification.

Fairydust is one of the first five Demon Nine Circles levels. The Realistic, Jawbreaker, Figures, and the original Nine Circles are the others.

Because mkComic accomplished this level more easily than Nine Circles, he remarked on YouTube that the level may be Insane rather than Demon.

This is the first recreation of Nine Circles to use a labyrinth route with genuine and false blocks, spikes, and deceptive orbs. This scene was reused in a number of subsequent remakes, including Fear Me and Classic.

Rulas produced Ultra Fairydust, which is claimed to be easier than this level.

The true first Nine Circles remake is Beautiful Eyes, not this level. Because of its poor quality and previous incorrect ranking, that level is often neglected (3 stars instead of 10). However, it was recently unrated.

The Realistic was created by Softable from a copy of this level.