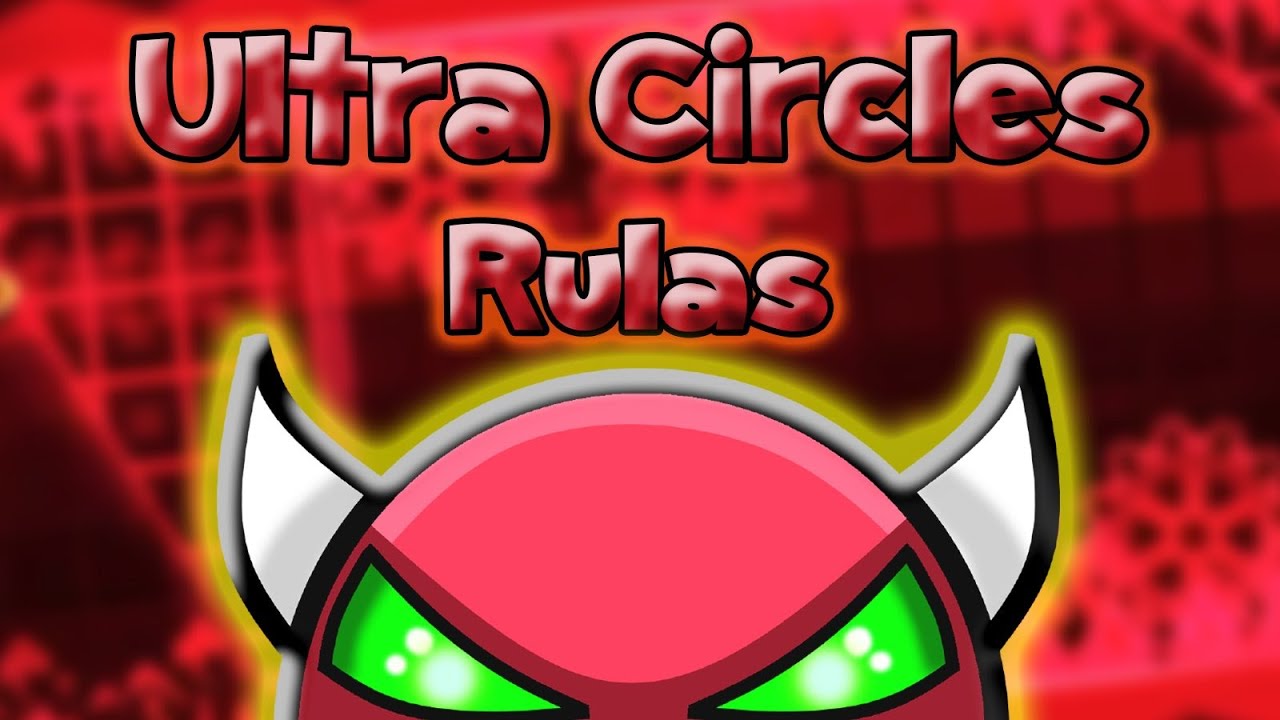 Geometry Dash Ultra Circles is a Hard Demon level rated 10 stars and 1 user coincreated by Rulas. This is the third installment in his Ultra series and his most recent graded recreation of Nine Circles. The wave has the same color scheme as Nine Circles, with the exception that the initial cube section is totally red. In contrast to his earlier levels, this one is classified as a Hard Demon.

The level begins with a particularly vexing cube portion comprised of several clusters of jump rings, spikes, false spikes, and portals with little room. The player then enters a ship sequence similar to Ultra Fairydust. Following that, a short auto cube portion leads to a somewhat difficult ball section (for the first time in an Ultra Nine Circles) with dangers, traps, and steep slopes.

The iconic transition cube then emerges, which is mostly auto with a few green jump rings. The music ends and the wave begins, which lasts till the conclusion and is highly difficult owing to multiple tight areas, some mashing, and, especially, incredibly confusing portions that may easily throw the player off. Rulas' autograph concludes the level.