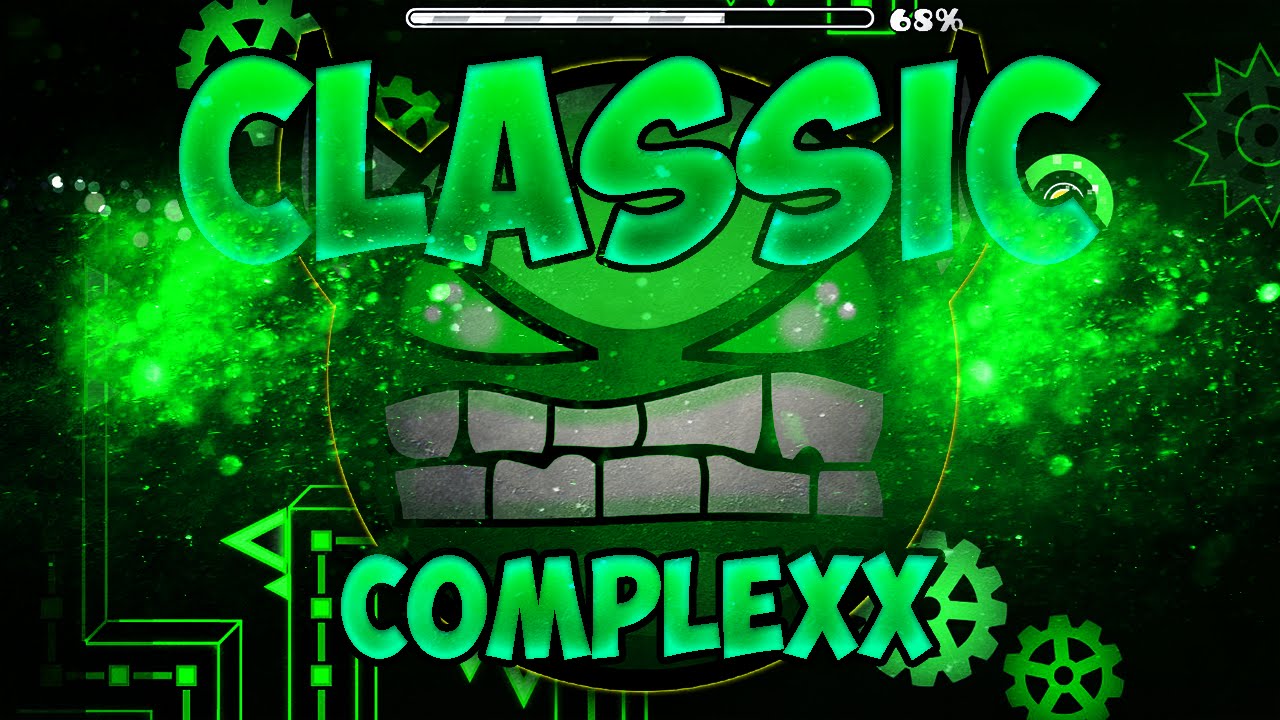 Geometry Dash Classic is an Insane Demon level rated 10 stars and 3 user coins, was developed by VERSU5 (formerly ComplexX). It is often recognized as one of the most challenging Insane Demon Nine Circles remakes, behind only Poltergeist. The level has a green color scheme and, for the first time, lacks a ship sequence and/or a ball section, unlike prior Nine Circles levels. This level focuses on time and memory. Its difficulty is equivalent to that of Headrush and Sharp Minor, the former being a Hard Demon and the latter an Insane Demon.

The level begins with a fairly tough cube part filled with traps and fakes, followed by a Fairydust like labyrinth section filled with troll orbs. The wave phase comes quite early, at 17%, and is broken into two parts:

The last piece is a somewhat tough cube section with 1.8 blocks, similar to the one at the conclusion of Nine Circles. The gameplay is likewise similar: dodge spikes, cross false lines, and strike the orbs with precise time. The level then concludes with the ComplexX mark, a "wall of fame," and, in front of a Lenny face, an unseen saw-blade that may create a frustrating death at 97%.