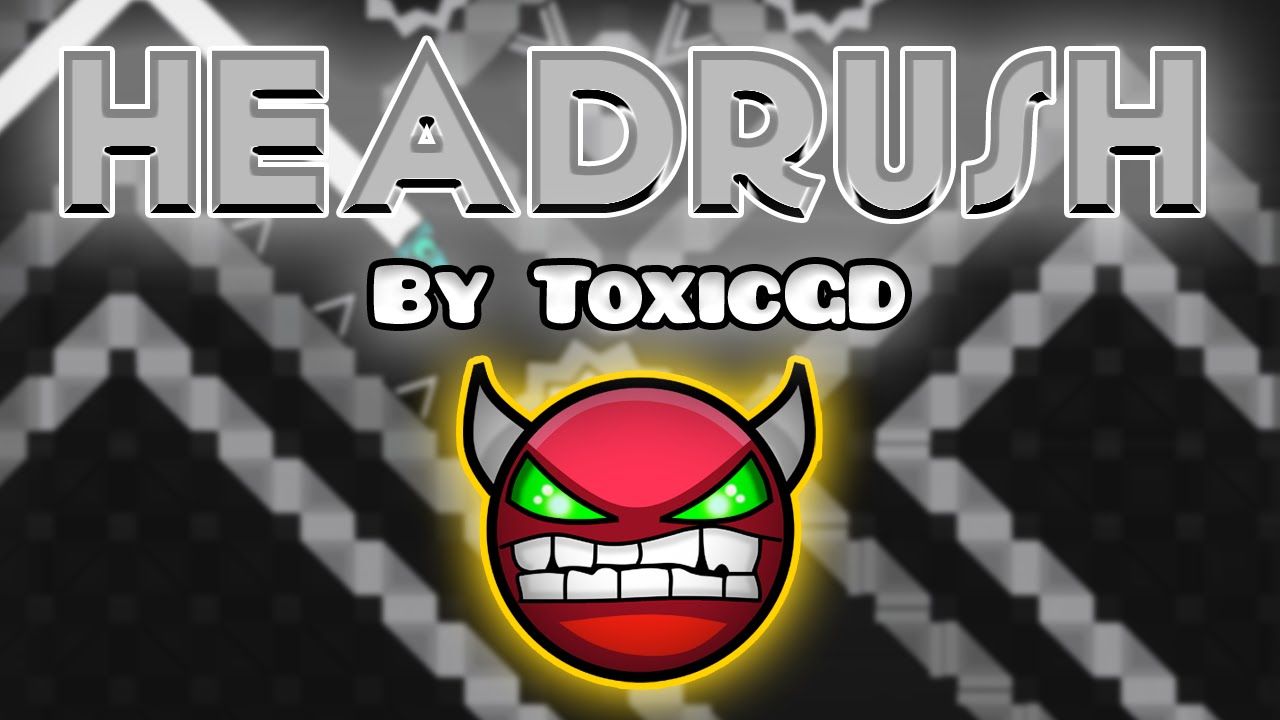 Geometry Dash HeadRush is a Hard Demon level rated 10 stars created by Toxic GD, the update of which was verified by MaxiS9. It is a challenging recreation of Nine Circles, as well as one of the first Nine Circles levels ever made, being one of the original ten. It is often referred to as a Hard Demon.