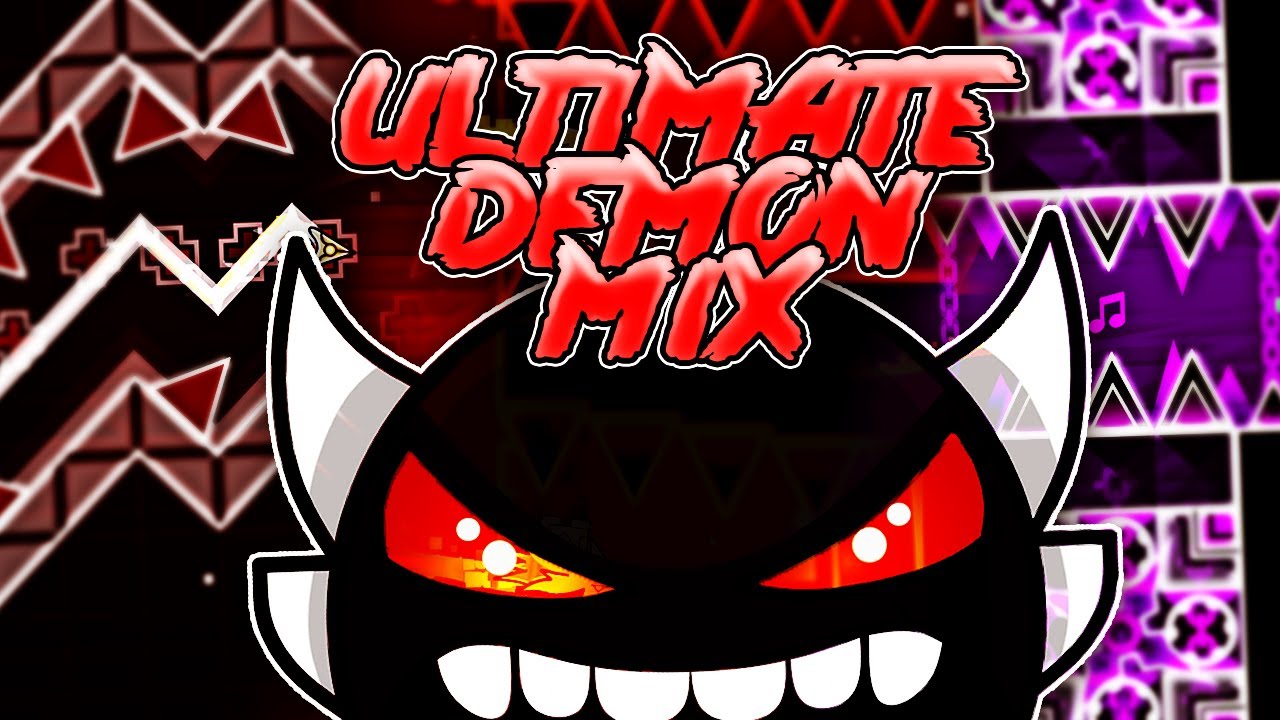 Geometry Dash Ultimate Demon Mix by Zobros is a solo Insane Demon level rated 10 stars. It is a highly challenging mixture of demons level, ranging from simple ones like DeCode to really challenging ones like Cataclysm. It is the last 1.9 level for Zobros. Despite containing multiple Extreme/Insane Demon parts, it is typically thought of as an easier Insane Demon owing to the vast variety of difficulty.

Start level with DeCode's wave portion and then the ship component. ToE II v2's ship section is the next topic, followed by cube. Then it transforms into the Chaoz Impact wave component, and finally into a cube section. The very challenging cube phase and subsequently the wave element of Theory of SkriLLex follow Chaoz Impact. The next portion is a very brief, incredibly simple cube section for Chaoz Airflow. It then transforms into the mild cube portion of Golden Haze. After Golden Haze, it transitions into the twin ship and wave parts of Cataclysm. It then transitions into the renowned wave section of Zobros' level Nine Circles after Cataclysm. It is incredibly challenging because of the traps and frequent variations in size and gravity that might divert the player. It transitions into Supersonic after Nine Circles. The cube, ball, and other components of Windy Landscape, one of the level's most challenging sections, will then appear. The name Zobros marks the conclusion of the level.